Outlaws, not the place for burger sissies

I did a little recon the Sunday before our BurgerTour just to check Outlaws out to see if it was a suitable place to host one of our weekly events.  And it looked great.  Wide selection of burgers, even better selection of beers, and a great laid back atmosphere.  I even spoke with the owner and she was eager for all of us to come by Wednesday evening.

Surprisingly, Outlaws decided to book another 20 person party at the same time.  With only 1.5 waiters to serve the entire restaurant, and a grill that could safely accommodate 10 orders at a time, it seemed odd that they would have allowed this to happen.  Unfortunately for Outlaws, this was reflected in many poor Kenny factor scores.

For anyone that went to the March 22nd BurgerTour at Ebizo’s you’ll remember that Chris was the only one man enough to take on the 1 lb burger.  Pep, after seeing all the accolades and kisses that were heaped upon Chris after finishing that monstrous burger decided to step up to the plate and order a 1 lb burger of his own at Outlaws.  Sadly, after Pep finished his burger (in record time no less), he received very few applause due to the fact that everyone was waiting for Chris to get his massive 2 lb burger!

And what a sight it was when his burger finally arrived.  2 pounds of tasty beef topped with probably another 1.75 pounds of sausage and bacon all surrounded by a homemade bun.  Legend has it that the burger possesses mysterious powers.  In fact, Natalie, who was unlucky enough to sit too close to Chris during his record breaking attempt, actually got a little sick and disoriented from its gravitational pull.  And perhaps most surprising of all, the burger hypnotized Chris!  At the end of the night he wandered around aimlessly with a glazed look in his eyes.  He later admitted to not remembering anything after 9:30.  Indeed it was a powerful burger which Chris was unable to conquer, see pictures below for the before and after shots.

As for the rest of the burgers, the scores indicate that it was a pretty good, scoring in the top half of burger quality to date.  Regrettably the service problems (which had nothing to do with our waiter Mike who was awesome in taking care of what seemed to be the entire restaurant by himself) pulled everything down a little bit and resulted in a below average score for the entire restaurant.

That burger was so good I made sweet sweet love to it.

Only 2 pounds of burger? C’mon!

It’s a hardcore burger group, when a 1lb. burger hardly gets any attention.

I made that burger my bitch.

A fun place that I would bring someone back to, just not when there is another big party. 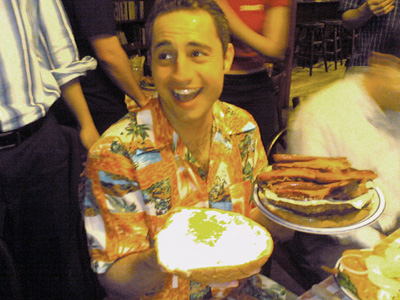 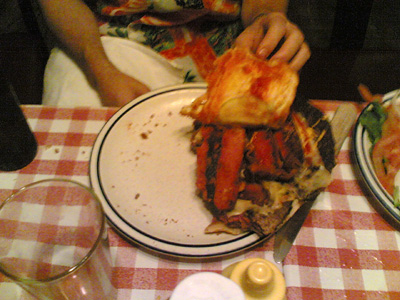 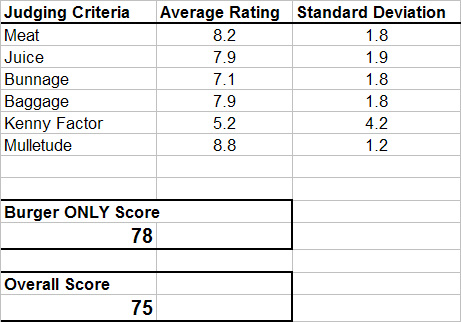 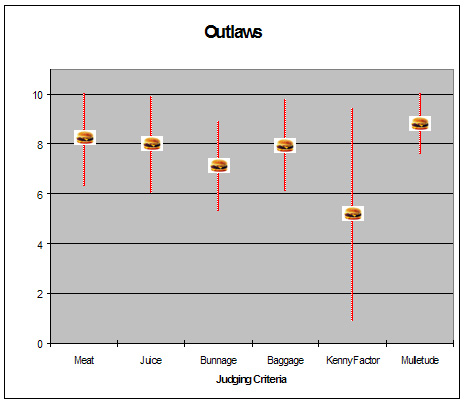